A native of Richmond, Virginia, Janet Martin , one of America's Top Female Slide Guitarists  has been dividing her live performances between the U.S. and Europe since 2004.


Janet is a multi-published writer with over 40 original songs copy-written and administered through BMI and GEMA in the USA, Germany and Europe. Janet has shared the stage with a wide array of culturally and musically diverse musicians throughout her expansive career, including  John Prine, Warren Zevon, Leon Russell, Jerry Lee Lewis, and Aaron Neville.

Well known as a virtuoso guitarist in various styles, she has recorded and released 9 CD's to critical acclaim, including her most recent, "Eve Sessions," her first solo self-produced and self-recorded CD. “Eve Sessions” is currently receiving airplay in 13 countries. Janet is currently in her home studio writing for a new release planned for 2018.

Janet has earned high praise from the European musical press with overwhelmingly positive reviews and an ever-expanding base of European fans who keep up with her through social media.

A live Janet Martin performance - whether it is solo, trio or full band, is not to be missed! Her energy and connection to the audience is truly unique. Her hypnotic acoustic and lead guitar work, blazing slide guitar and stellar vocals delight loyal fans and create new followers instantly. 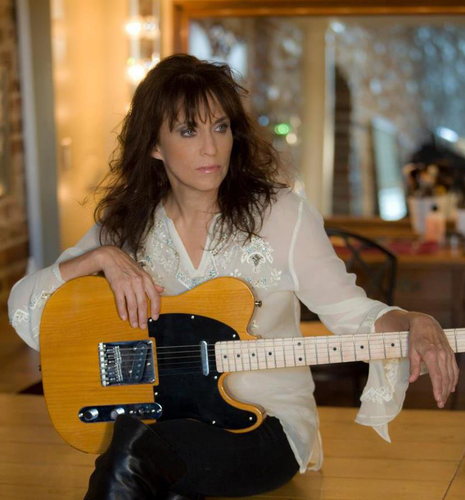